Some cigar bands aren't much more than simple labels, while others are actually works of art. Of course, premium handmade cigars are artisan products, themselves. In addition to a cigar's price and 3R's (ratings, reviews, and reputation), the visual appeal of a cigar and its band can also influence the buying decision for an untried cigar. This is especially true for newer cigar smokers.

However, cigar bands are not just marketing aids. An appealing cigar band can also contribute to the enjoyment of almost any cigar, albeit to a much lesser degree than a host of other considerations. Cigars have been called an affordable luxury, and an attractive band adds to the overall aesthetic experience of enjoying that luxury product.

It has been a while since I took stock of the cigar bands removed from cigars that I have smoked over the years. After perusing through only a small sample, here are just a few of those which stood out. 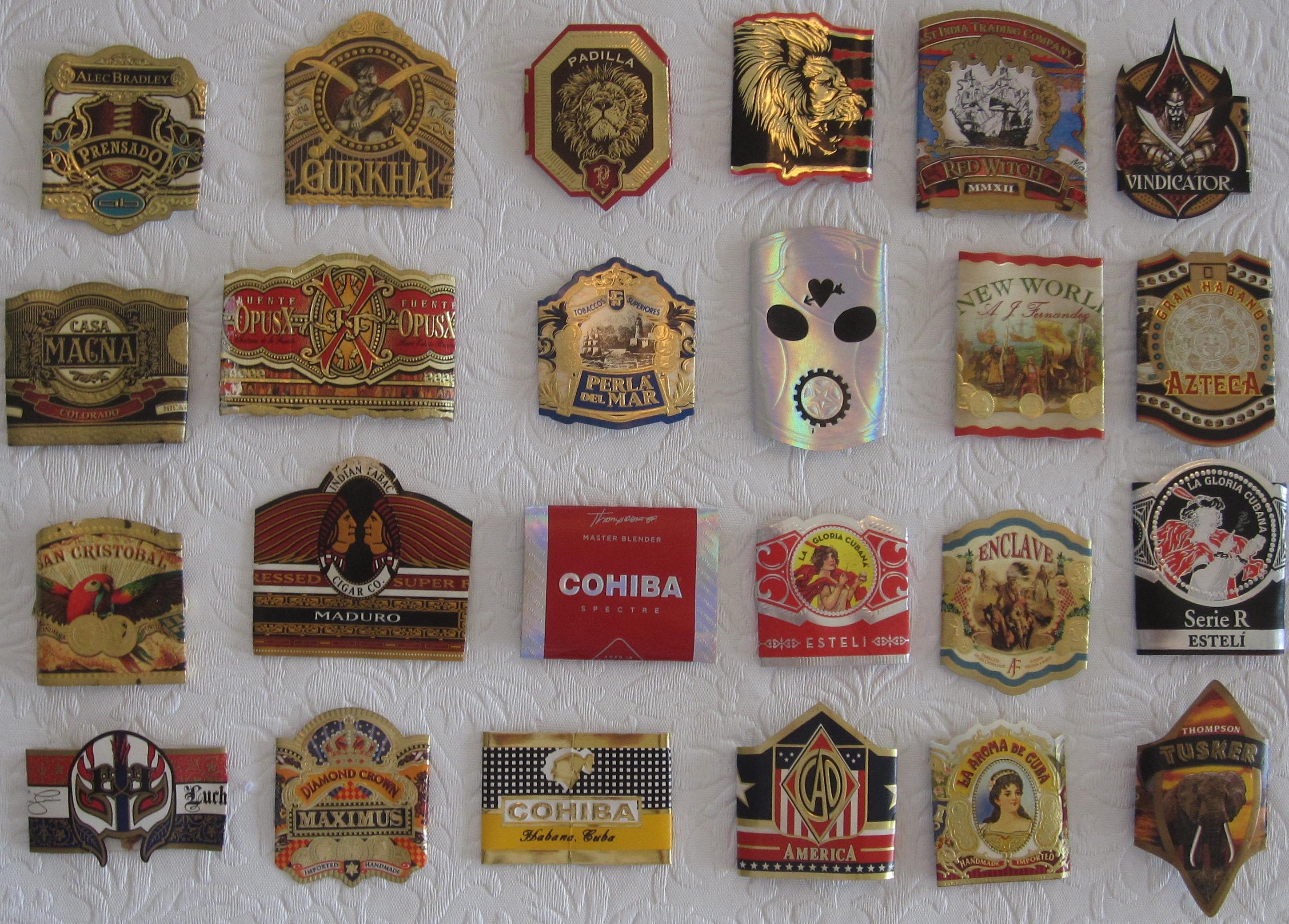 In addition to the cigar bands pictured above, there are a couple more that deserve recognition. I reviewed both cigars for about.com back in 2012 and 2013. Although I could not locate the bands, I did find the pictures that I took to accompany the reviews.

Below left is the Gurkha 125th Anniversary Cigar.
The band on that cigar received an award for its design.

Below right is the Dignity Smoke of Art Cigar.
The band did not win an award, but maybe it should have!